Voll Will has been offering customers high-quality neoprene products, both with advanced technology and 31 years of experience, Voll Will ensures each customer's demands are met. 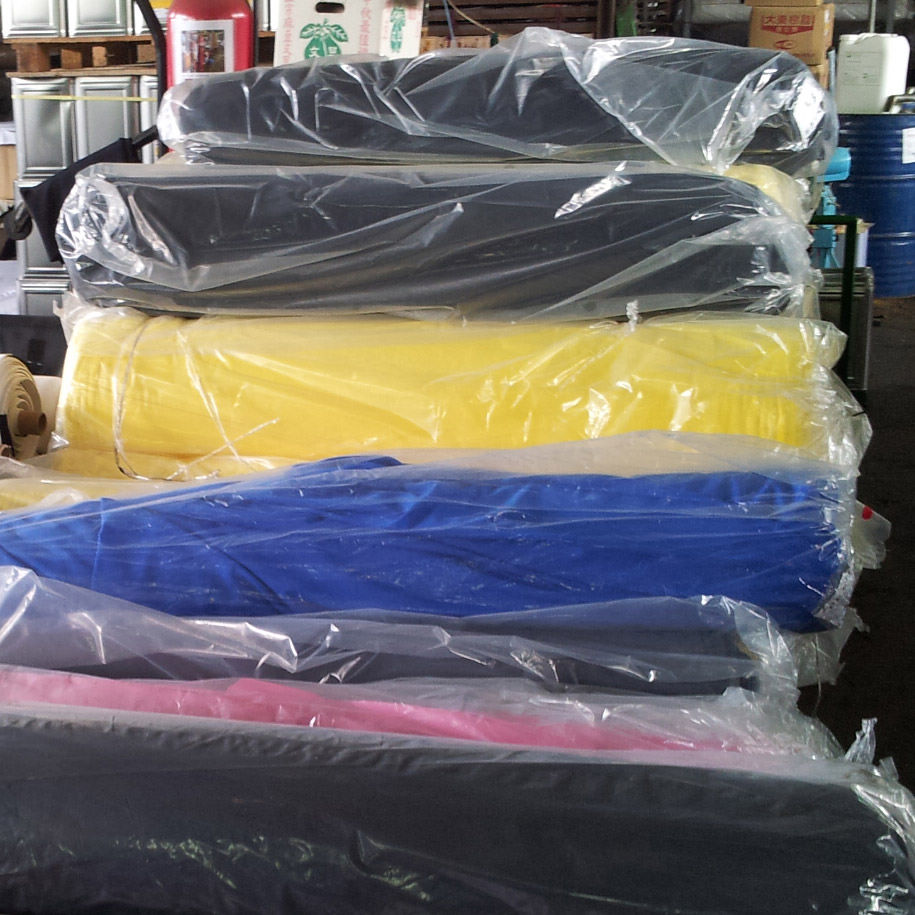 Polychloroprene synthetic rubber has been produced for more than 80 years already. It was named "Neoprene(r)" by DuPont(r), an international well-known brand that, by those years, was focusing on finding alternatives to the expensive natural rubber. During that time, the biggest novelty of neoprene was its inherent resistant benefit to water, as well as resistance to oils, heat, solvents and even its outstanding resistance to degradation (better than natural or synthetic rubber). Subsequently it was the perfect material for several industrial uses such as wire insulation, gaskets, and hose material for the automobile industry.
Nowadays it is used in a wider range of industries. Because Neoprene is a thick foam (compared to other materials used in garment manufacturing), high quality stitching is fundamental.
At Voll Will Enterprises Co. LTD. we understand this high quality demanding stitching technology, and we successfully manage many popular techniques used on the industry, such as flat stitching, over lock stitching, zigzag binding, blind stitch and heating tape sealing. Our manufacturing capabilities allows us to do stitching on neoprene thickness that goes from 0.5mm up to 10mm, and even further gluing techniques depending on the extensive requirements from our customers.

Neoprene is often referred to as a type of 'rubber' but it is indeed a type of plastic. Below Voll Will briefly introduces the manufacturing procedure and also presents part of our manufacturing facilities. 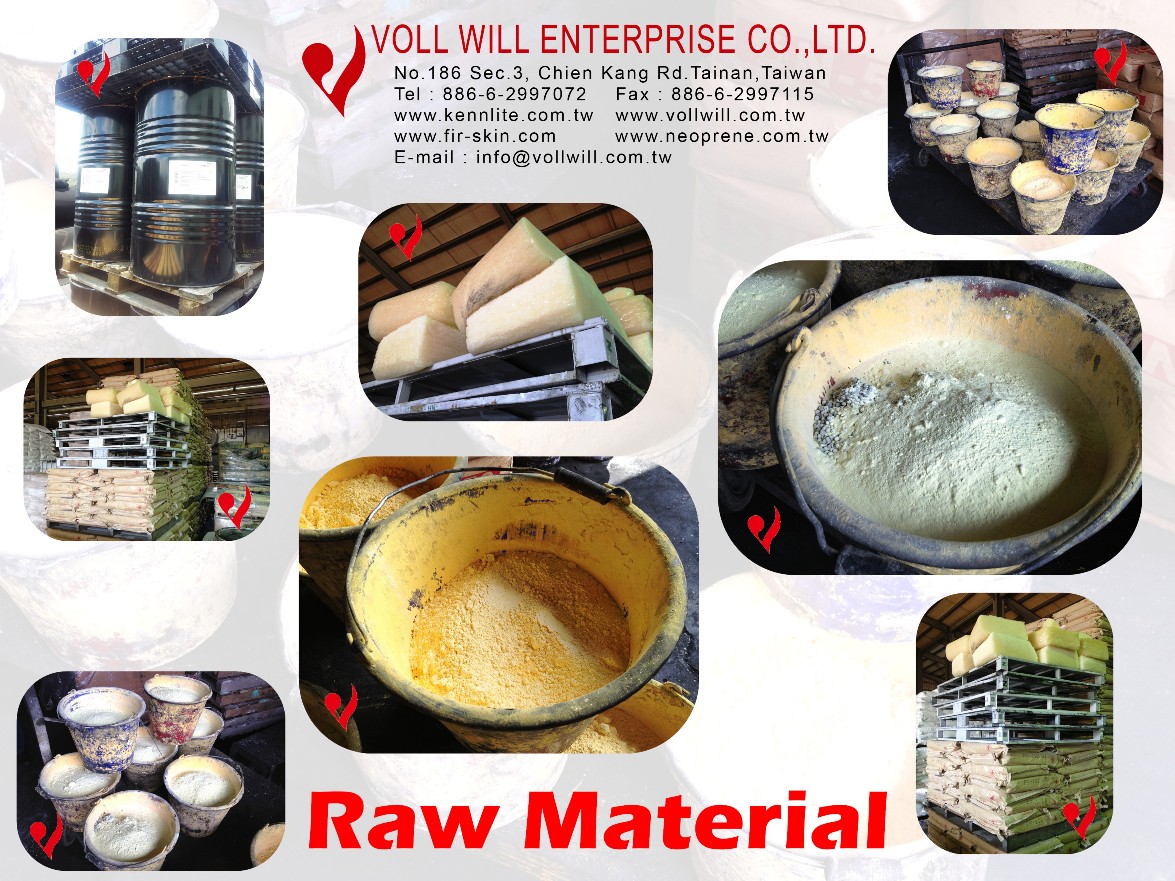 The manufacturing process of Neoprene begins carefully selecting the correct raw materials to be mixed. The main powder is called chloroprene. This is the base to further add other ingredients that provide elasticity, foaming agents, cell configuration, color, adhesion, and bulk, among other properties. 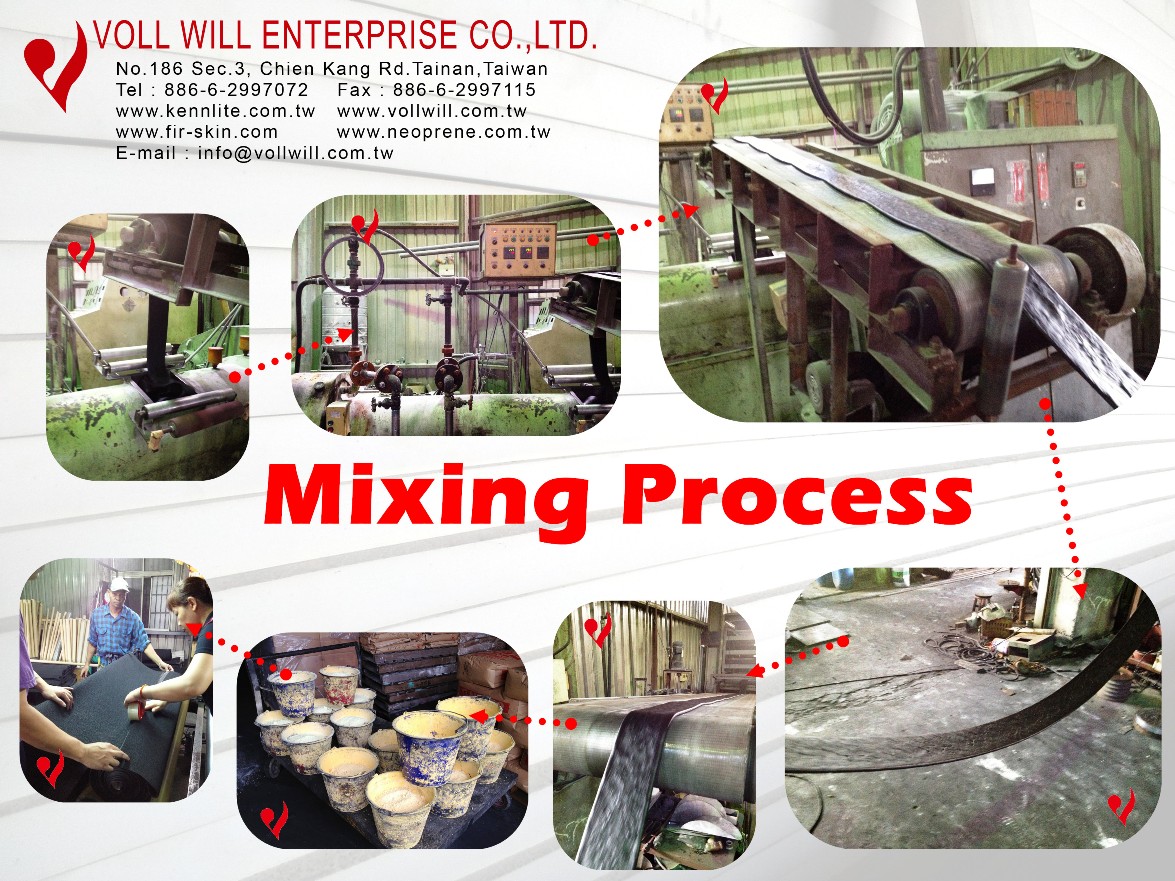 This mixture of Neoprene's raw material powders explained is later mixed several times through a chemical reaction using chloroprene and butadiene together that binds all the molecules of the reaction, furnishing the polychloroprene chips. The mix is fed into an oven and heated at a temperature around one-tenth of what it's normally used for refining petroleum. 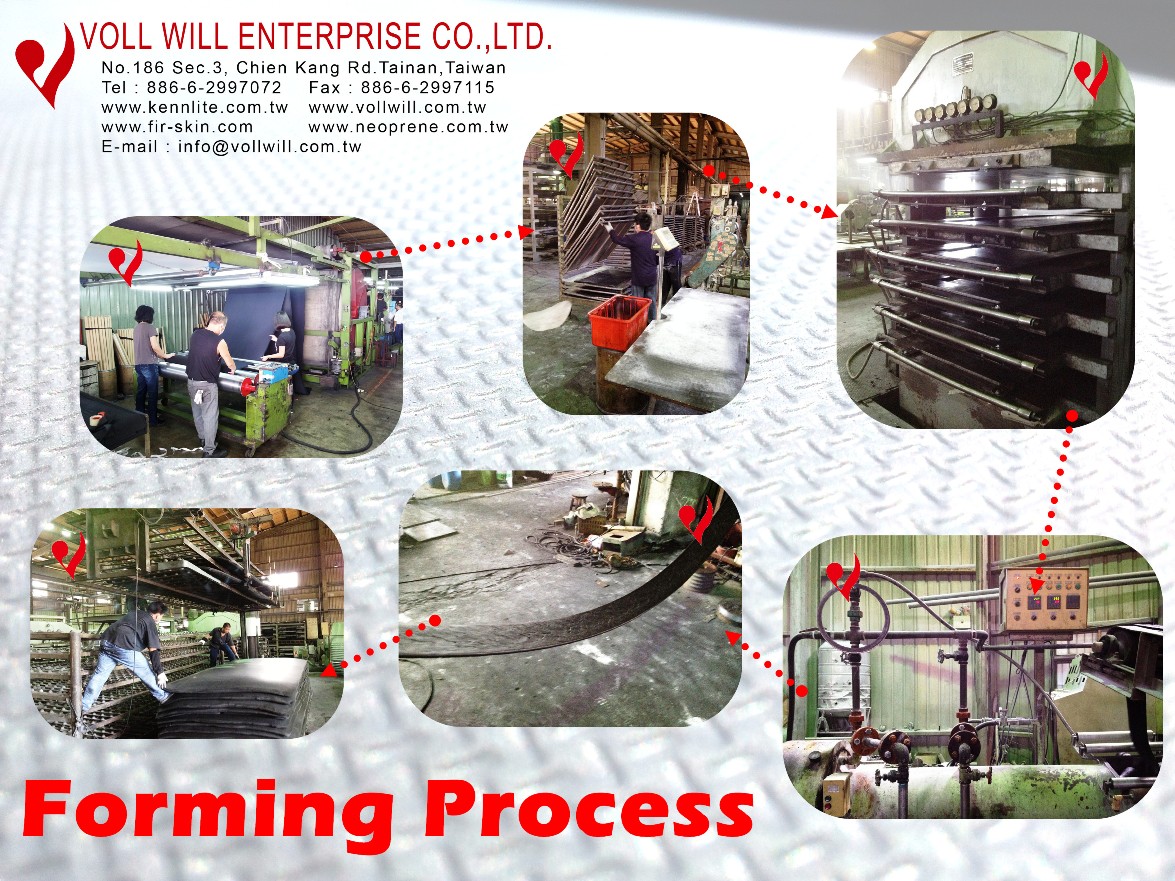 The Neoprene mixture (that now looks like dough), is melted and mixed together with foaming agents and some pigments. Right after it is baked in an oven to expand it. It is precisely during this process when the micro-cell structure neoprene is created. After cooking, the formed sponge is cooled, leaving a big neoprene sponge block whose thickness varies (up to 20mm). The next process is to slice the neoprene up into thinner sheets to the desired thickness. 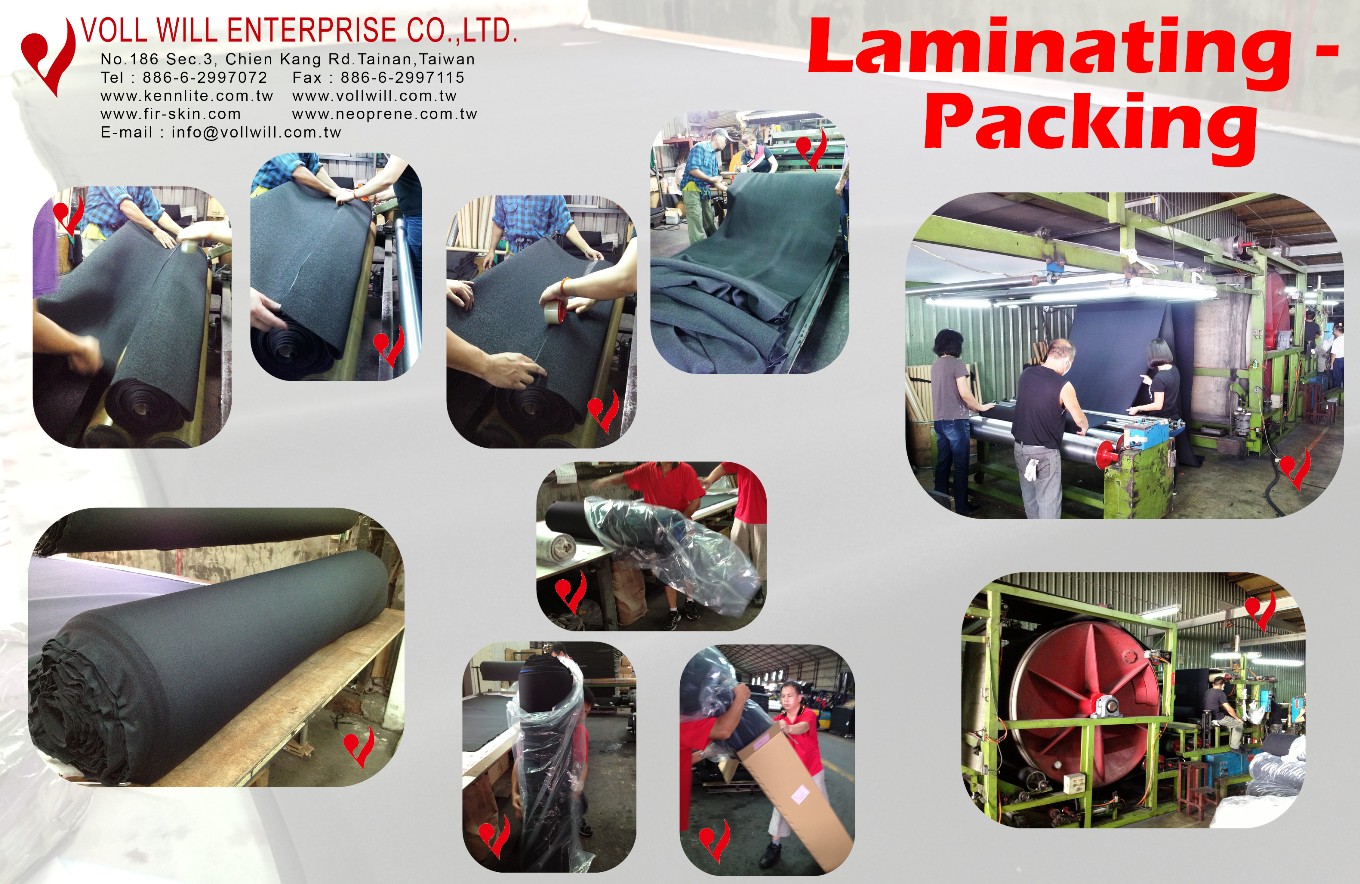 The final process here explained is the laminating of soft neoprene sheets to add strength and alter its appearance. Normally very stretchable textiles (mostly nylon and polyester jersey knits) are used to laminated neoprene. Either to one side or both sides of the neoprene sheet, to make its texture smooth.

It can also be lined with our signature series of functional textiles Fir-Skin in order to add multiple patented benefits to the neoprene sheets, depending on the usage and quality demands. 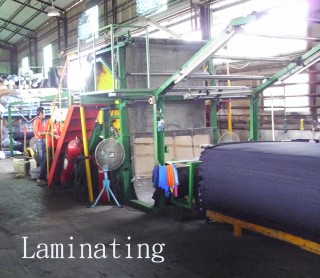 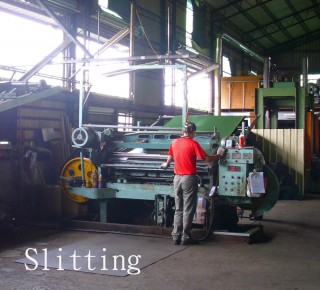